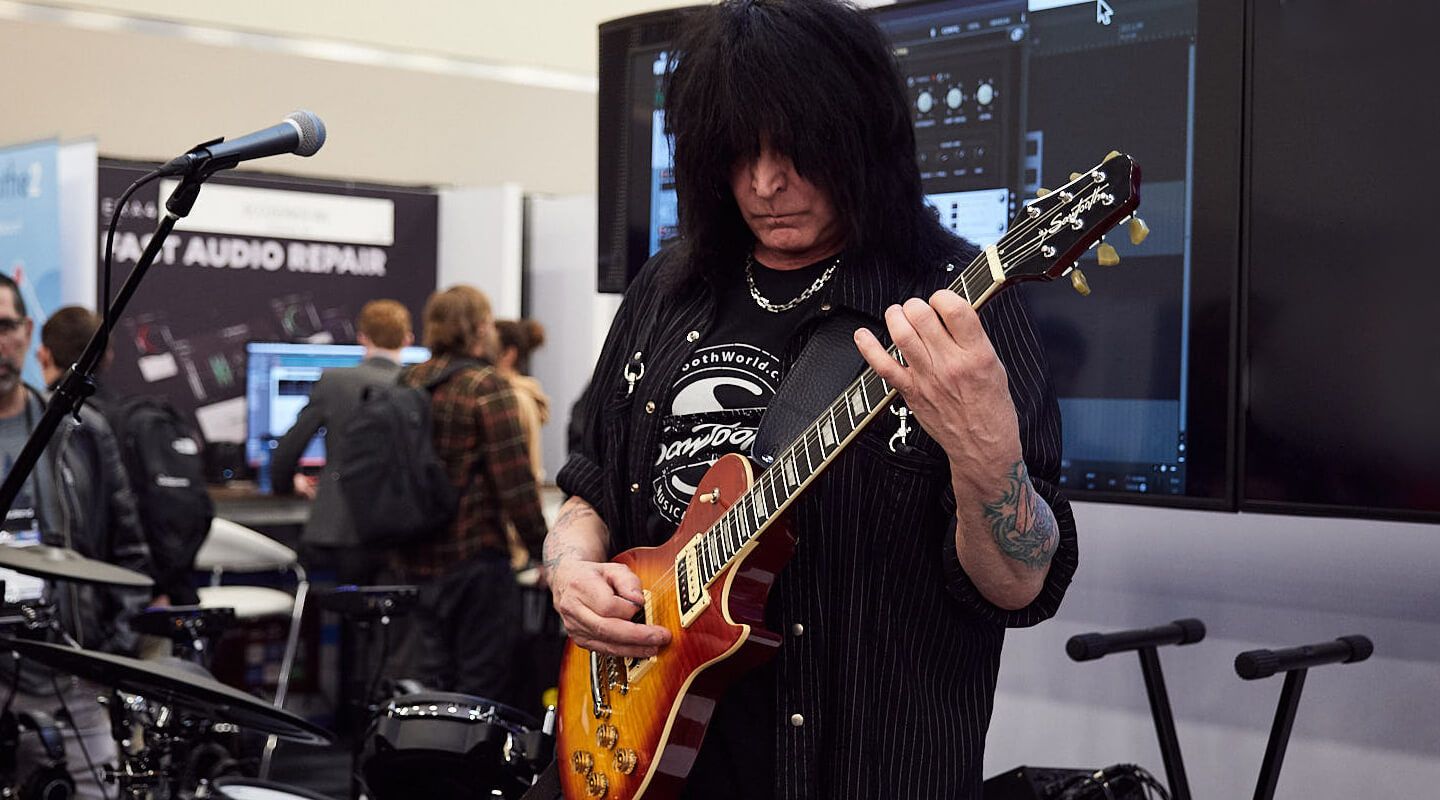 Michael Angelo Batio is an icon of Rock and Metal guitar. He invented the twin necked, V-shaped Double-Guitar, and has over 100,000,000 views on YouTube. He was also awarded Guitar World Magazine reader’s choice award, voted the “Fastest Guitarist of All Time.” with over 440,000 votes cast.

Michael uses the Babyface Pro FS | w/Scuffham Amps S-GEAR Bundle. Great for live or studio performance, the Babyface Pro’s Guitar Amp Simulator and RME’s Superior Audio Drivers can eliminate stompboxes, guitar amps, and other costly hardware in the studio or on a gig.

Super-low latency is also important to players like Michael who performs many live shows with backing tracks from his laptop. To function as a virtual amp, effects pedal, or sound module you need to have a very low latency audio interface that can not only perform live with low latency but also maintain the performance while all of the software playback and Virtual Instruments are happening at the same time. Michael switched to RME due to lack of performance of other audio interfaces he previously used. We’re glad to have Michael as part of the RME family.

“I knew when I first started playing the guitar at age 10 that I was going to be a professional guitarist and tour the world. My goal was to be signed to a major label, playing and writing original music. I did it - twice.”