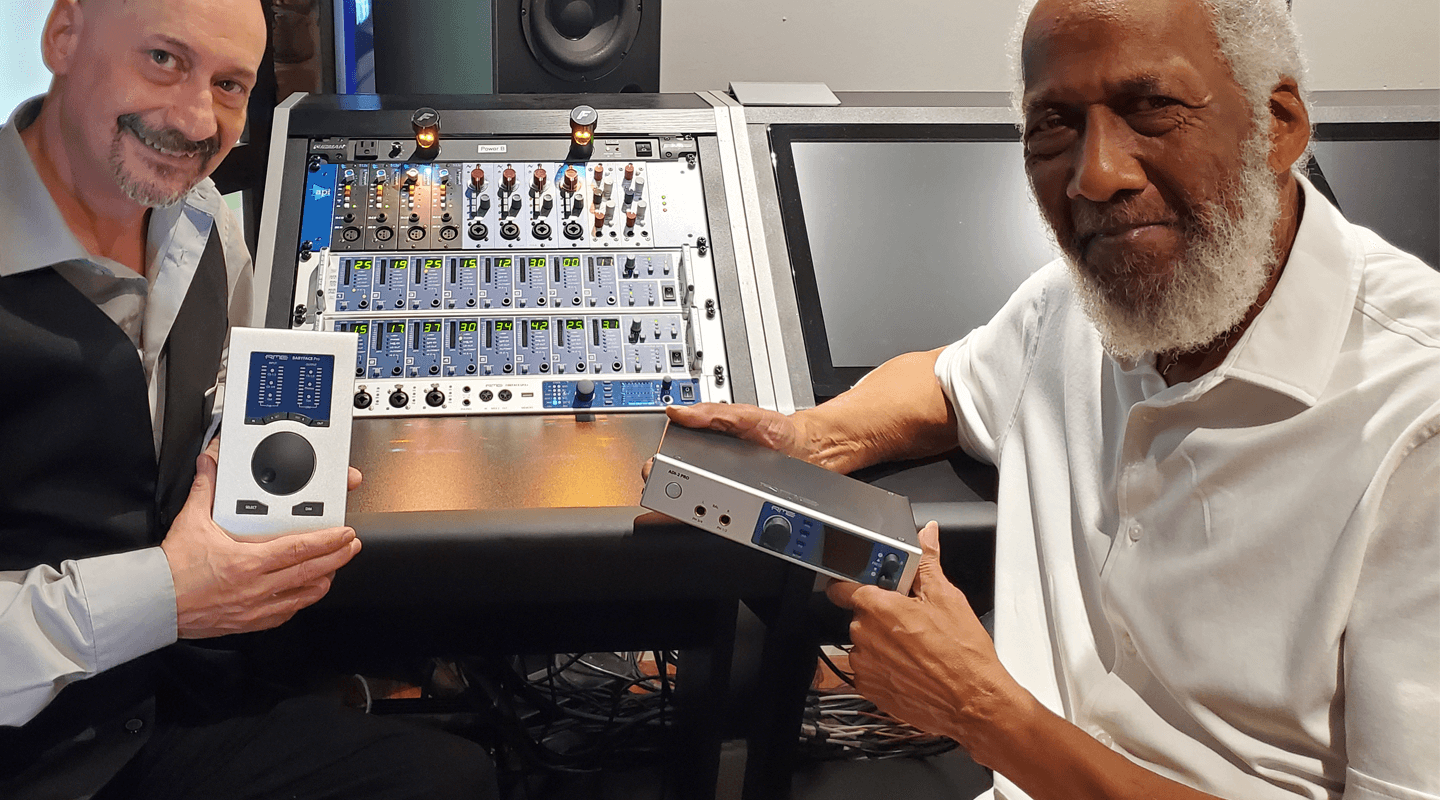 Legendary electric bass player, songwriter, and producer Chuck Rainey is known for his work with Quincy Jones, Aretha Franklin, Steely Dan, and on many film and television soundtracks. Since November 2011, when he suffered a stroke, Chuck has worked with rehabilitation therapists to regain movement with the goal of playing the electric bass again. His musical comeback has been amazing. He’s back to playing the electric bass, teaching master classes, and presenting camps internationally with Rhythm Intensive®, the organization he co founded with John Anthony Martinez.

Drummer, composer, producer, and entrepreneur John Anthony Martinez is recognized for his versatility and ability to fit into any musical situation. He has worked with a diverse range of artists such as Thomas Dolby, Kacey Musgraves, Ronnie Laws, T.G. Sheppard, Bernard Wright, and many more. He released his new album “No Words” in April 2020, and his book “Brazilian Drum Set Rhythms” was published in China in April 2021 by 9 Beats Music and Technology Group. John enjoys mentoring the next generation of entrepreneur musicians through Rhythm Intensive®.

For John & Chuck, RME is a critical part of their music making process.

“For 40 years I haven’t been able to hear out of my right ear. As a matter of fact, I only have about ten percent hearing in that ear. Once I used the ADI-2 Pro, I was amazed. I can’t remember the last time I could hear so clearly and so well because of the way it allows me to adjust the volume, balance, and EQ of my headphones. I am very happy to hear things in a way that I haven’t been able to for many years.” - Chuck Rainey

“We use the RME Fireface UFX+, Micstacy, TotalMix software, and MyMix-II personal monitoring system at our studio. The RME Babyface Pro ensures we get that same audio quality when we’re away from the studio – at home or on the road. RME and MyMix are beautifully designed, solidly constructed, and consistently deliver first-rate audio.” - John Anthony Martinez.