In digital audio, the clock frequency is an essential factor, as it creates the correlation between the audio bits and the time reference. Unfortunately, the clock frequency is not always as stable as desired. Small fluctuations of the clock frequency are referred to as "jitter", measured in nanoseconds (ns). They are the natural born enemy of any digital audio transfer. The effects of jitter on the audio signal are many - from a somewhat rough sound quality to diminished treble localisation to clicks and dropouts in extreme cases. To solve these issues, RME have developed a completely new technology for synchronization and jitter suppression in digital audio signals - SteadyClock.

SteadyClock has originally been developed to gain a stable and clean clock from the heavily jittery MADI data signal.The embedded MADI clock suffers from about 80 ns jitter, caused by the time resolution of 125 MHz within the format. Common jitter interface values are 5 ns, while a very good clock source will have less than 2 ns. Using other input sources like AES, SPDIF, word clock or ADAT, one most probably never experiences such high jitter values.

But SteadyClock is not only ready for them, it would handle them just on the fly. SteadyClock reacts quite fast compared to other techniques. It locks in fractions of a second to the input signal, follows even extreme varipitch changes with phase accuracy, and locks directly within a range of 28 kHz up to 200 kHz.

The SteadyClock technology of RME's latest products guarantees an excellent performance in all clock modes. Its highly efficient jitter suppression refreshes and cleans up any clock signal, and provides the clock signal as reference clock at the word clock output. At the same time, analog conversion is performed on a guarateed level of highest quality, completely independent from the kind and quality of the used reference clock. The cleaned and jitter-freed clock signal can be used as reference clock in any application. And the quality of the external (input) clock doesn't matter anymore.

Today SteadyClock is still the same, with a few small improvements in the latest FS version, like even more efficient filtering, and a design based on a super low jitter reference clock. The ADI-2 DAC was the first device in RME's range with SteadyClock FS. There is not much to improve with SteadyClock, it has earned its accolades over years of flawless operation in numerous RME devices, guaranteeing that using the internal clock will produce exactly the same sound as when using an external one. SteadyClock highly rejects jitter and handles all digital interface formats in an exemplary way. With SteadyClock FS the focus was put on reducing the self jitter of SteadyClock to new lows, by improving its second, analog PLL circuit, and referencing both Direct Digital Synthesis and PLL to a low phase noise quartz crystal. The self jitter measured through DA conversion now reaches levels that usually are only available in master quartz clock mode, while SteadyClock still always runs in PLL mode - no matter if internal or external clock, sound is exactly the same (again). The low phase noise oscillator driving the updated circuit reaches jitter specs lower than a picosecond (ps), an area called FemtoSecond. Hence SteadyClock FS. 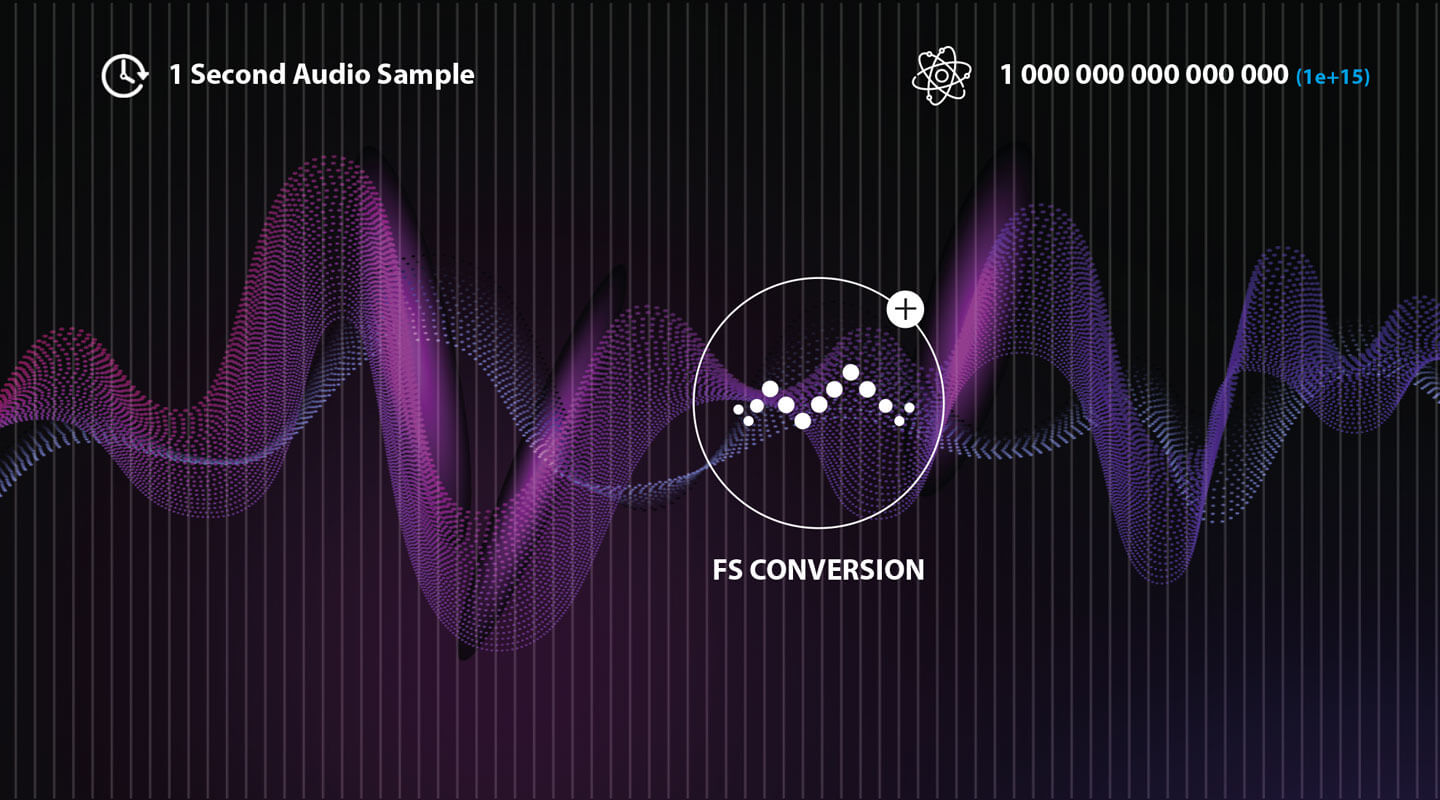 Pristine signal conversion, with jitter measured much lower than nanoseconds (ns)
or picoseconds (ps), in an area called femtoseconds (fs).

RME Audio has always been completely focused on performance, the company's products are the first choice of audio professionals around the world. Precise German engineering and a relentless pursuit of sonic perfection will ensure the highest quality results — no matter what the application. 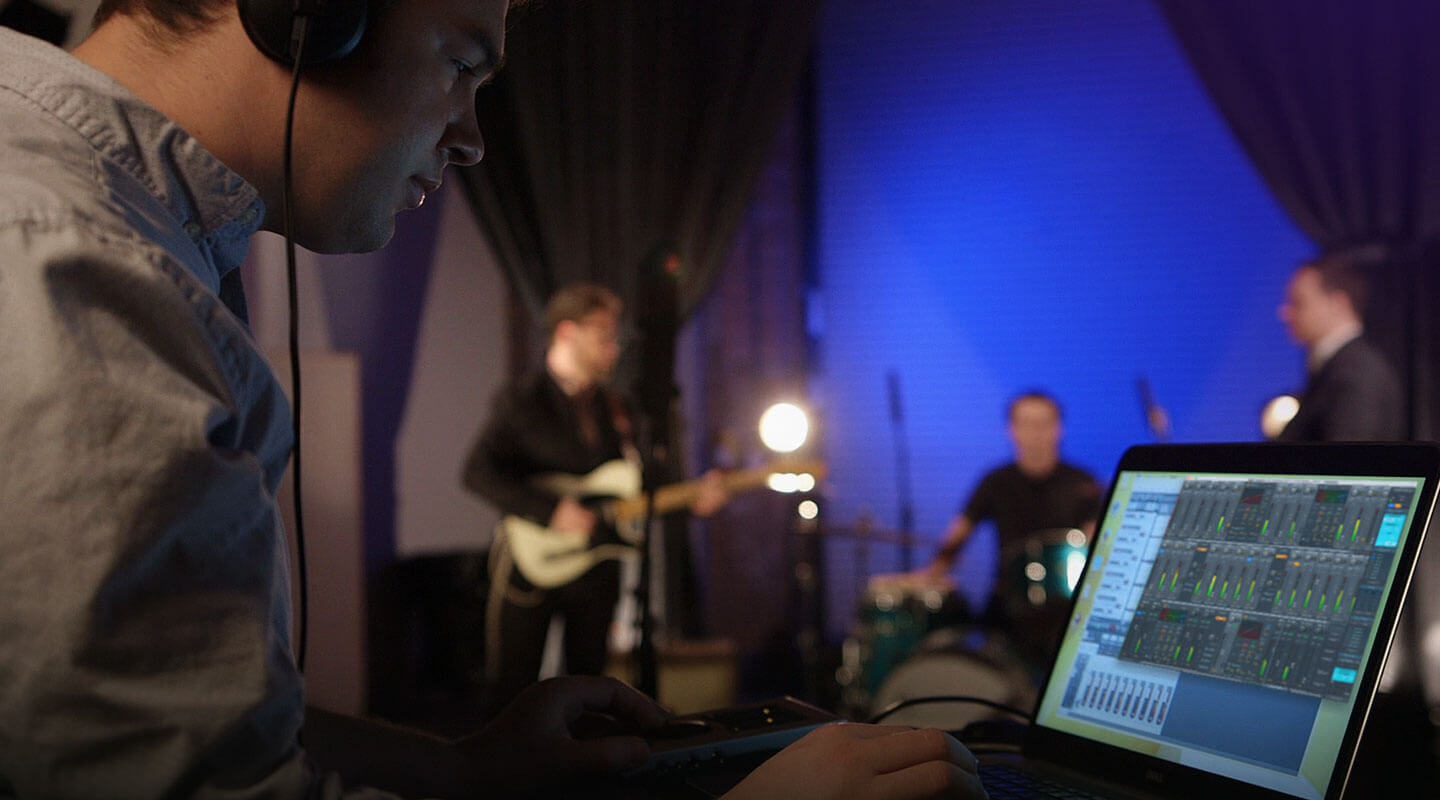 Capture every Detail & Hear your mix as it is

RME's mic preamps and converters are designed to capture every nuance of a performance, with no added sweeteners. Every detail is captured and no detail is lost. Neutral conversion allows you to hear the performance exactly as it is in the room — giving you the confidence you need that what you hear in the control room will translate to the final product.  Digital format conversion in RME products are done without any loss or degredation, and SteadyClock ensures your sonic image will never experience degredation.

In today's music creating environment, users should never have to tolerate sub-standard reliability and performance — whether the goal is to capture a multi-piece orchestra in a commercial recording environment or a demo in a bedroom studio. Where other AD/DA converters and preamplifiers fail, RME Audio delivers the ultimate reliability, clarity and detail time after time, year after year.